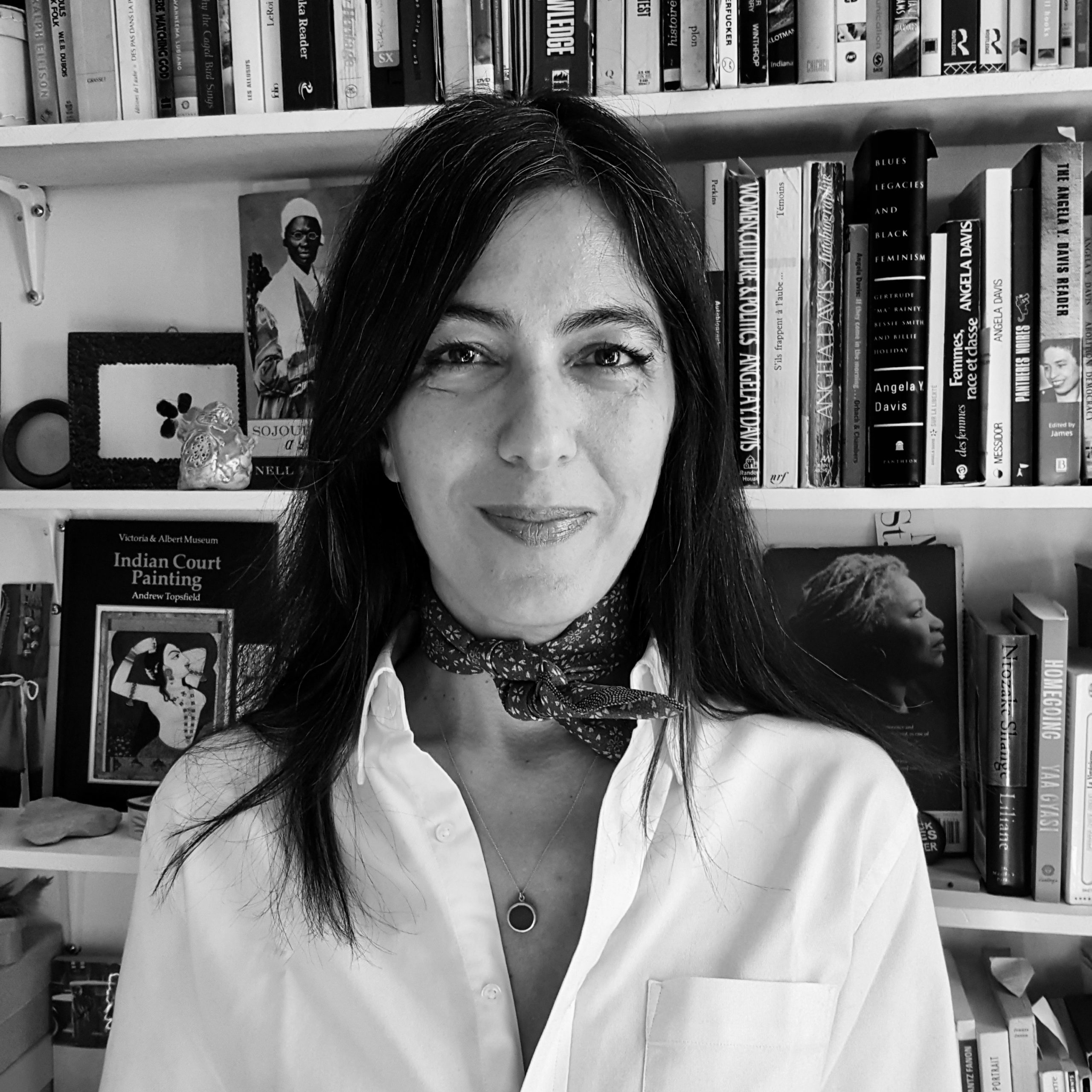 Black is a color

The two films that Lorna Simpson made for INSITE (1997 and 2000) insist on the importance of language. It is impossible to see them today in abstraction from the current political, social, economic, and health situation. With part of the world population confined in an attempt to slow down the spread of COVID-19, people have become even more dependent on the means of communication that allow them to keep in touch with family and friends both near and far. Sounds and images determine the link to others. To watch Call Waiting (1997), shot in 16mm black-and-white film, is to revisit a different era, one in which telephones, whether “fixed” or cordless, obliged people to remain within a clearly defined perimeter while using them. In Simpson’s film, one sees clearly that the phone is an object that hampers movement, in the bedroom and at the bar as well. The perennial feelings of frustrated seduction shown in the film are quite banal. Indeed, the structure Simpson creates is one in which the rhythm of the editing is determined by the calls that connect the characters and by the words that, circulating as they do in loops, create links and split asunder.

The telephone is the object that introduces, simultaneously, continuity and rupture, expectation and frustration. The female characters are liberated women or femmes fatales who hold their love intrigues in their hands without ever getting flustered. Their intermingled voices (in Chinese, Punjabi, and English) confine the male characters (who speak English and Spanish) to a state of subordination. This subordination is above all spatial: the three men—one appears lying in bed, another as a silhouette in a shadow theater play, and a third through the glass and metalwork of a door to a deck—are shown in the impossibility of movement. We understand that these exchanges between characters are meant to be disjointed conversations (we never hear what people at the other end of the line say) subjectively constructed off-camera by the viewer’s imagination, which connects reality to fiction. Simpson draws attention to the freedom she gave her performers, who could read their lines as written or adapt them as they pleased. In an interview, she explained: “One way to get the viewer into the way my brain may be processing something is to make it sequential.”1

This desire to privilege sequence is also a way of insisting on the different layers that compose the ground she is working with. Interviewed by a local radio station, Simpson insisted on the fact that San Diego changed a lot between 1982 and 1985, when she was a student at UC San Diego, and 1997, when she returned to the city to make Call Waiting. In the interview, she talks about how segregation is almost built into the geography of the place; about the fact that she wanted to “play” with the linearity, uncharacteristic of her other projects, created by the phone conversations that “tag team” one another; about how the different languages invite us to create narratives from snippets of conversations that we “eavesdrop” on in public spaces. She confronts the binary nature of San Diego by considering both its diversity and segregation through a political lens. She wants to strengthen the awareness of the border between San Diego and Tijuana. And that border is what we see affirmed in Duet/Dueto (2000), her first color film, most of which was shot on location in the Mexican city.

The film opens with two women on the telephone, as if in an attempt to establish a continuity with the vocal frequencies of Call Waiting. The doubled title is mirrored by the film itself, which is presented as a diptych, with the two images presented on a single screen reinforcing the extra-diegetic nature of the sound. Simpson says that the piece of classical music (with two young prodigies playing Bach on a piano) that dominates the opening minutes of the film had in fact not been planned at all: “I heard music in the distance and listened as it floated down the ramp to the kitchen. I made a request to the videographer to go and shoot whatever was going on, while the crew dismantled lights and equipment.2 This musical insert is superimposed onto the two young women on the phone at the start of the film, and also onto their subsequent conversation about a third person who is soon to join them. The latter is a former employee who had an accident and has completely lost her memory. The young woman finally arrives and stands in front of the women at their desks. We see her face in a close-up, but she does not speak. Her silence is heavy, as if the loss of memory went hand in hand with the loss of the power of speech. The surrounding sounds intermix in the mind tormented by the loss of memories and of the past. Amnesia expresses itself by the suppression of audio and visual layers. Simpson cites the avant-garde cinema of the 1970s as her inspiration, and we see this in the shots of hospital shelves, plates on the shelves of a restaurant kitchen, or machines at a printing press: these silent shots destabilize and neutralize the echoes that might anchor a narrative.

A moment of dialogue between two nurses creates an indirect junction with the accident. As we try in vain to figure out what they are talking about, we experience forgetfulness firsthand. It is as if these images, which circulate in a forced duality, were mutually erasing each other as they advanced. And then, a very simple but magical scene arrives: a conversation between the young amnesiac woman and a man accompanied by another man. She asks where he is from: “San Diego,” he replies, before asking: “And you?” After a slight hesitation, she answers, “Tijuana,” as if memory had suddenly returned. Lorna Simpson chose the close-up shot of this woman for the 2002 monograph about her work published by Phaidon. It stands as a powerful symbol for resisting the silence of the amnesiac and rejecting forgetfulness.

Published for MoMA’s retrospective exhibition and in collaboration with the artist, this volume presents new critical essays that expand on Piper’s practice in ways that have been previously under- or unaddressed. Focused texts by established and emerging scholars assess themes in Piper’s work such as the Kantian framework that draws on her extensive philosophical studies; her unique contribution to first-generation conceptual art; the turning point in her work, in the early 1970s, from conceptual works to performance; the connection of her work with her yoga practice; her ongoing exposure of and challenge to xenophobia and sexism; and the relation between prevailing interpretations of her work and the viewers who engender them.